The European Championship tournament has been known by the nomenclature of ‘Euro’ plus the year since the 1996 iteration, which was hosted by England and won by Germany. That was also the same year that the number of teams participating was increased to sixteen. It was a name the stuck, but there’s debate over what the next Euros will be called.

The postponement of the quadrennial iteration of the competition because of the global pandemic that began in December of 2019 has led to much confusion, for many different reasons. The confusion around the European Championship’s name hasn’t been helped by UEFA suggesting it would still be Euro 2020 and then back-tracking on that announcement.

When football was abandoned pretty much around the world as a reaction to the outbreak of a global pandemic, UEFA felt as though it had no choice but to delay the European Championship by a year. The fact that there was no guarantee that football would resume at any time was high on the list, as was the fact that it was intended to be played in 12 cities in 12 different countries. 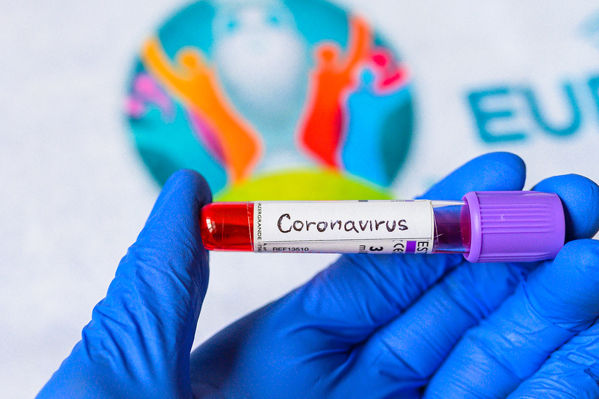 In terms of spreading a virus, nothing would be better at the job than seeing football supporters cram into stadiums around Europe and teams have to move from location to location in order to fulfil their fixtures. Remarkably, rather than just cancelling the tournament altogether, UEFA decided that it would simply be delayed by roughly one year.

When the decision to postpone the competition was confirmed after a video conference of UEFA stakeholders in March of 2020, it was initially said by UEFA that the tournament would maintain its title of Euro 2020. This was in spite of the fact that it was going to be moved to 2021 at the earliest. The notion of doing so was outlined in a piece released on UEFA’s website.

The piece was about the UEFA Executive Committee’s decision to approve guidelines on the eligibility for participation in future UEFA competitions, boasting the sub-heading, “Strong recommendation to complete top tier domestic competitions. UEFA EURO 2020 to keep its name.” It was written in the wake of a videoconference for the Executive Committee.

The crucial part of the article as far as the naming of the competition is concerned said the following:

Following the postponement of UEFA EURO 2020 to the summer of 2021 and after a thorough internal review as well as several discussions with partners, the Executive Committee has decided that the tournament will still be known as UEFA EURO 2020.

The idea behind the decision was that it would allow UEFA to stick to the original vision of it being a celebration of the competition’s sixtieth anniversary, having taken place for the first time in 1960. That was why the tournament was designed to be spread over twelve different countries, with matches played through the continent.

In the wake of the meeting of the Executive Committee, UEFA’s official Twitter account sent a tweet confirming that the tournament would indeed bear the moniker of Euro 2020. That tweet didn’t last long, however, before being taken down. UEFA soon issued an apology, saying that it had been a ‘mistake’ and no decision had yet been made.

With apologies for the earlier error, to be clear no decision has yet been made on the name of the rearranged EURO to be held in 2021.

The retraction came on the 20th of Match 2020, with UEFA announcing the following month that the Women’s Euro tournament would be moved from 2020 to the summer of 2021 in order to accommodate the men’s version of the competition. It still remained unclear exactly what the organisation planned to do about the tournament’s title.

The decision by UEFA to send a correction tweet stating that it still hadn’t decided upon the name of the competition when it would be played in 2021 led many to think that the waters had been somewhat muddied. It didn’t make a lot of sense for it to bear its original title when played a year later, but there was also a desire to tie it in to the original idea behind it.

Some clarity was then offered on the 23rd of April when UEFA confirmed that the tournament would still be known as UEFA Euro 2020, with the decision taken as a means of ‘honouring the event’s original vision’. The choice to do so came after conversations between European football’s governing body and some of its partners.

Cynics believed that the decision was made, at least in part, because significant sums of money had already been spent creating the branding and marketing for Euro 2020. UEFA tried to dismiss this idea by referring to the plan to make Euro 2020 ‘sustainable and not to generate additional amounts of waste’. Changing the name would have meant destroying branded material that had already been produced.

So What Will It Be Called?

At the time of writing, it does indeed seem likely that the next European Championship will be called Euro 2020 even though it is hoped that the competition will be played in 2021. The reality is, however, that no one knows if the Euros will even be able to go ahead then. It might well do so if UEFA are happy for it to be behind closed doors, but that seems unlikely.

The other thing that is remaining somewhat unspoken at the moment is the possibility that it isn’t even to go again in 2021. That will almost certainly result in it being cancelled altogether, but it’s not out of the realms of the possible that UEFA delay it further. With the World Cup in the winter of 2022, the possibility of it taking place in the summer is virtually nil. 2020 in 2021 or bust?