Roll up, roll up! Join the Magical Mystery Tour that is the Manager’s Merry-Go-Round! Who will stop where? Nobody knows!

As the season enters its final game there will be a few managers feeling rather twitchy about their future. Can Brendan Rodgers survive at Liverpool? Has Mauricio Pochettino done enough at Spurs to remain in charge next season? And will Arsene Wenger finally step down at Arsenal, or will he keep going forever? 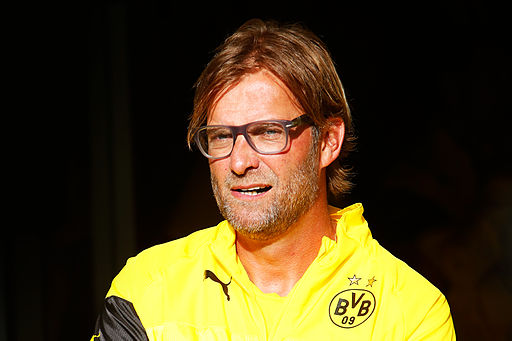 By Tim.Reckmann (Own work) [CC BY-SA 3.0 (http://creativecommons.org/licenses/by-sa/3.0)], via Wikimedia Commons

The spectre of Jürgen Klopp looms large over all of the managers whose future seems to be in doubt, and the German still looks likely to end up somewhere in England at the start of the next season, having already decided his time at Borussia Dortmund is up – despite his recent apparent flirtation with Fenerbahce.

Which Managers Will Be Moving On?

The chances of Manuel Pellegrini surviving the chop at Manchester City seem to be remote. He’s overseen the weakest attempt at a title defence since the last time Manchester City capitulated their title defence, and has failed to appease the Abu Dhabi Group who own the Blues by at least winning a trophy or challenging in the Champion’s League. A strong end to the season doesn’t disguise the fact that the bit that came before really wasn’t up to scratch.

If he is to move on then the hot seat at the Etihad would become vacant, and that would kick-start a series of moves around the world of football. The general feel in the game is that Jürgen Klopp, though successful at Dortmund, wouldn’t be a big enough fish to impress Sheik Mansour and his cronies. 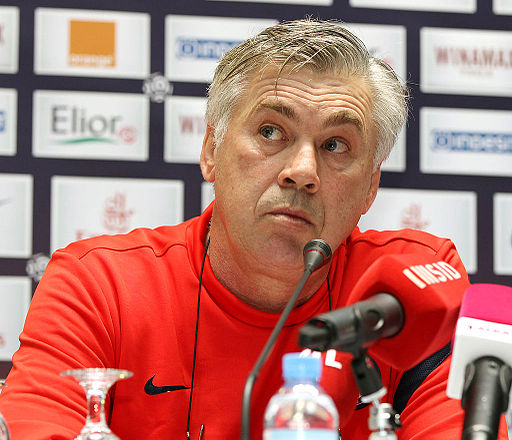 But Carlo Ancelotti certainly would be, and after a disappointing season at Real Madrid it isn’t out of the question for the Italian to end up at City. After all, he has already gained experience of Premier League football during his time at Chelsea.

The same can also be said of Rafa Benitez, who has longed for a full-time return to the Premier League since his days with Liverpool. Though the Spaniard was never made to feel welcome by the Chelsea fans, he nevertheless enjoyed his interim spell at the London club and won them the Europa League during his time there.

With Liverpool seeming the likely destination for Klopp, and Ancelotti high on the wish list of the Manchester City hierarchy, a lot of the movement of the managers will depend on Arsene Wenger’s decision regarding his own future at The Emirates. The Frenchman has earned the respect of his paymasters by securing Arsenal’s qualification in next season’s Champion’s League, their 18th season in a row in the competition. He’s also got the Gunners to the FA Cup final for the second year running, with victory over Aston Villa looking ever more likely. After all, the Villains 6-1 defeat to Southampton will hardly have anyone at The Emirates shaking in their boots.

All of which means that Wenger’s future at The Emirates is secure for as long as he’d like to stay there. Klopp is the most natural fit for Arsenal should Liverpool decide to stick with Rodgers, and that might mean that there is a conversation in the upper echelons of the Arsenal boardroom in which Wenger’s position is discussed. If he intends to stay there for a few more seasons then the Gunners will almost certainly let the Klopp situation slide, but if he doesn’t think he has many more years left in him then it could be too good an opportunity to miss.

Elsewhere in the league most managers should be safe with the exception of John Carver at Newcastle – if they manage to avoid the drop. Sam Allardyce is also likely to be moved on from West Ham, with the Hammers having already made an audacious attempt to lure the aforementioned Klopp to East London. Nigel Pearson should be safe, having masterminded Leicester’s escape from the drop. Though if the hierarchy at the KP Stadium decide his brusque manner with the press and seemingly constant desire to be in the papers for the wrong reasons are not what they want, then he could also be collecting his P45.

With Newcastle seeming like a poisoned chalice, it will be interesting to see who takes over from Carver when the dust settles up in the North-East. Steve McClaren has reportedly already refused the job at St. James’s park, but that doesn’t mean he wouldn’t be tempted by a move to the Boleyn Ground instead. The ex-England manager has impressed in the years since he was dubbed ‘the wally with the brolly’, and he might be tempted to leave Derby now that they’ve ended up missing out on the play-offs.

It’s not just McClaren who might have a hat to throw into the various managerial rings, though, as David Moyes also looks likely to end his Spanish exile if the right job becomes available. The Scot left Manchester United last season after just 11 months in charge, having taken the Red Devils to their worst league position since 1990. He’s done well in Spain, however, in that he has taken the seemingly doomed Real Sociedad to stability and helped them to avoid relegation. It’s understood that the Spanish club see that as the minimum Moyes was expected to achieve and therefore don’t view him as a long-term option.

Who Will End Up Where?

Though it’s obviously difficult to predict, it would take a monumental shift in the waters for Jose Mourinho to be anywhere other than at Chelsea next season, and the same can be said for Louis Van Gaal at Manchester United. Mauricio Pochettino’s first season at Tottenham Hotspur hasn’t been an over-whelming success, but he’s certainly done enough to keep himself in a job for at least another year. Particularly when you look at the emergence of Harry Kane, who has scored over 20 goals for Spurs, joining the likes of Robbie Fowler and Andy Cole as a young player to reach the 20+ mark in a single season.

The smart money would be on Wenger remaining at Arsenal for at least another season, too, with only Brendan Rodgers and Manuel Pellegrini likely to not be in the current positions come the start of the 2015-2016 season. Though the Irishman has, to use his own words, achieved par at Anfield this season, the fans seem to have turned on him – as witnessed at the QPR game when a plane was flown over Liverpool’s stadium trailing a banner that read ‘Rodgers Out – Rafa In’.

It’s mostly all guesswork at this stage, of course, but don’t be shocked to see the following when the first balls are kicked at the start of next season:

That isn’t quite the view of the bookies that have Klopp as favourite for the City job as Ancelotti has moved to quash rumours that he will leave Real Madrid at the end of the season. It may well be his desire to remain at the Santiago Bernabéu, but having failed to catch Barcelona in La Liga or keep hold of the Champion’s League trophy then he may not have much of a choice. Florentino Pérez isn’t known for his patience when it comes to replacing under-performing managers, and Ancelotti won’t be the first manager to be replaced before his time.

Conjecture and guesswork is all part and parcel of the managerial merry-go-round, so it’s entirely possible that none of our guesses will be right. But there is no question that changes will be taking place during the summer. Who goes where remains to be seen but make no mistake, the merry-go-round will be in full swing before too long.