This summer we’ve spoken to a fan from all of the clubs in the Premier League to ask them what they think of their club’s business so far, what they still need to do in the transfer window and where they see things going for their club in the upcoming season.

We’ll speak to the same fans again when the transfer window “slams shut” and see how their predictions went, whether their feeling about the upcoming season has changed and whether they feel everything is where it should be with the season underway.

To kick start the series of chats with fans we’ve spoken to @FIRST4LCFC about Leicester City. Fresh off the back of the club’s decision to sack Nigel Pearson, they had some interesting stuff to say…

What business have Leicester done so far this summer?

Thus far we have brought three new players to the club, as well as well as getting rid of some dead Wood – pun intended. Robert Huth, Christian Fuchs and Japanese international Shinji Okazaki are all new to the club, whilst Chris Wood has recently been sold to Championship outfit Leeds United and a number of fringe players have been released.

The dealings so far have left us happy, however who knows what the future holds now we are managerless! We do expect plenty more ins and out before the window slams shut.

Robert Huth was a sensation last term whilst on loan from Stoke City and played a crucial role in our survival. To get him for such a low fee as well really was great business.

Fuchs is the captain of the Austria national team and brings with him heaps of Bundesliga experience. Schalke had hoped to keep him in Germany, however he was after a new challenge so the free signing, again, is great business.

Okazaki is slightly more of an unknown. The owners want to bring in more Asian players, probably to make the club more marketable, so fair enough. He again has plenty of Bundlesliga experience as well as goals at his last club Mainz. At £7 million it will be interesting to see what impact he can have on the Premier League next season.

We managed to get a good fee for Chris Wood to help subsidise these deals, so wish him luck at Leeds United. Brilliant striker at Championship level.

What else do you think Leicester need to do before the start of the season?

Before the start of the season the Leicester City fans are desperate for Cambiasso to sign a new deal with the club. I still cannot believe we are talking about Esteban Cambiasso, the Leicester City player! He was immense last term and, like Huth, played a massive part in keeping us up. His experience money cannot buy. He was named Player of the Year last term, and that really was no surprise. I do not think any Foxes fans can see him staying at the King Power Stadium for more than another season, but come on Esteban, one more year, please?

Which positions do you feel Leicester need to strengthen?

We need a new midfielder, and desperately. Cambiasso is now a free agent and the deal to keep him at the club is up in the air now Pearson has gone. Matty James is also out injured for the foreseeable future, so a central midfielder should be our number one priority.

Another central defender would also be nice. We played a back three of Huth, Morgan and Wasilewski last season, and whilst they were resolute, they are all the wrong side of 30. A quality younger centre back would not go amiss.

Should Cambiasso stay I really would not be surprised if he won the award again next season. Huth also has the quality to become a key part of this Leicester City team. Jamie Vardy was also terrific last season, winning his first England cap.

However, I have a funny feeling, especially with the names being linked with City to be the next manager, we could be in for some big signings. That is where our star man may come from.

What do you make of the manager situation? All a bit crazy isn’t it? 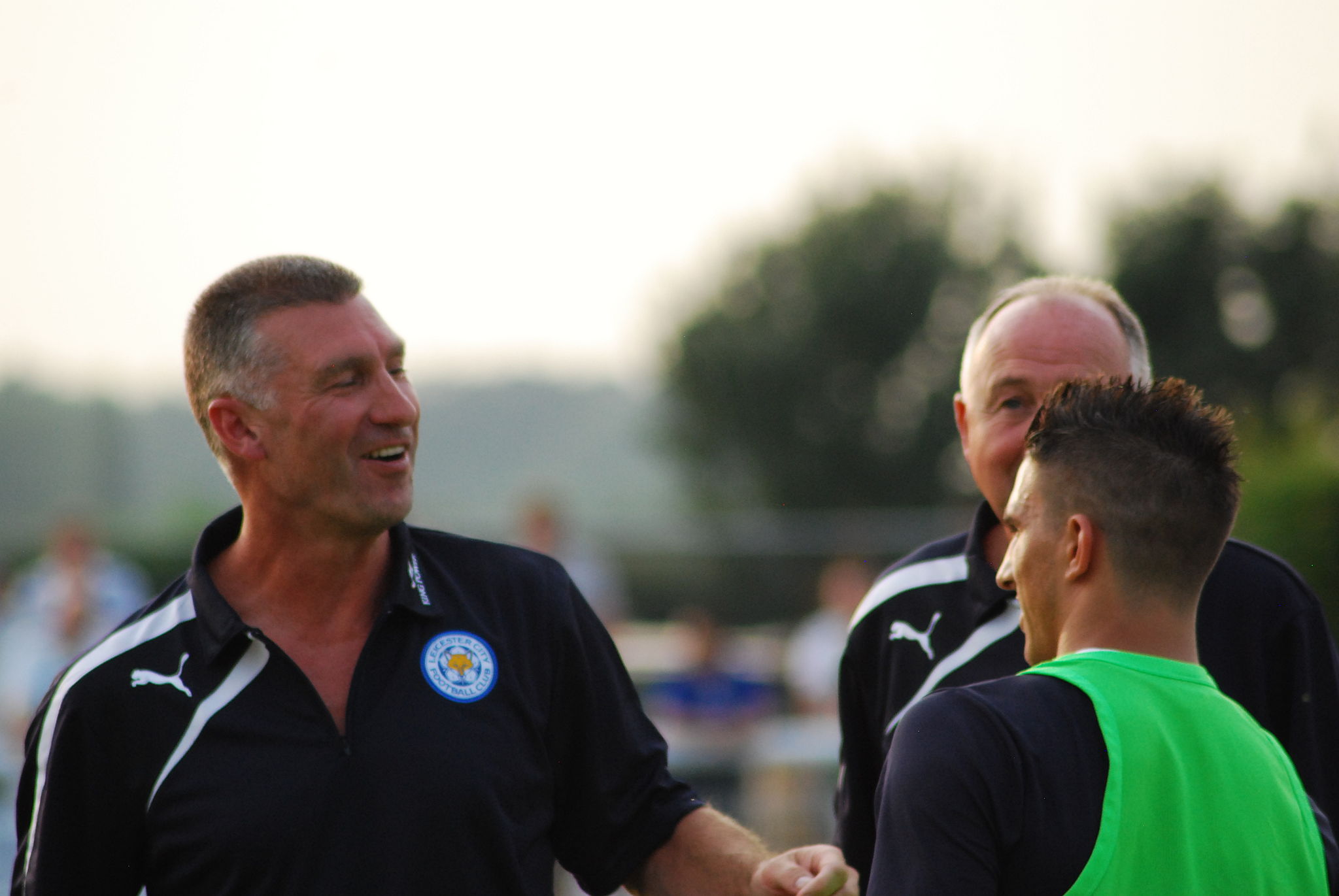 By Whassuo (Own work) [CC BY-SA 4.0 (http://creativecommons.org/licenses/by-sa/4.0)], via Wikimedia Commons

Honestly, it is ridiculous. Nigel Pearson is a controversial character; don’t get me wrong, but what he has done for this club cannot be underestimated. Statistically the most successful Leicester City manager of all time. Lest we forget, he took over at Leicester City when we were in League One, the lowest this club has ever been. He turned us into a Premier League outfit, masterminding the Great Escape! 99% of Leicester City fans were shocked by the news of his departure. However, he is currently only 50/1 to replace himself as the next permanent manager. It would not be the first time, and crazier things have happened in football…

But then again, look at who we are being linked with. Guus Hiddink is the current favourite with the bookmakers. He would bring with him great experience and great contacts. If he does come to the King Power Stadium, expect some big signings before the transfer window slams shut.

With Pearson at the helm us foxes fans expected another good season, pushing on from last term. Safety was expected and with some top signings, maybe even a push for a top 10 finish. And now? Who knows. Can the new boss get the players playing for him like Pearson? Can he bring in fresh faces to take the squad to the next level? Who knows. We have our fingers crossed and are hoping for survival, without the need for another Great Escape. Somewhere around 12th position would be nice.

Finally, realistic wish list. Which player would you love to see in a Leicester shirt next season?

For me, as we desperately need a new midfielder, I will be cheeky and suggest two. N’Golo Kante and Steven N’Zonzi. Both players we have bid for, both players that show we mean business in the transfer market.

Kante has been linked with the likes of Arsenal, Southampton and Newcastle United in past, and is currently attracting interest from Marseille. The powerful midfielder is exactly what we need, and if reports are to be believed, we have just agreed a fee with Caen for him.

N’Zonzi is more speculative. Yes, we have made a move for him. But whilst he is keen to leave Stoke City, he is keen to do so for European football, something we can’t offer. Bidding for their star man shows we are not simply here to make up the numbers, and the ambitious Thai owners do wish to take this club to the next level.

We’re hugely appreciative of the time @FIRST4LCFC have taken to answer our questions, and if you’re a Leicester City fan then they’re well worth a follow on Twitter.

We’ll be doing one of these for each of the teams in the Premier League, so stay tuned for more. If you like your football then you can find us on Twitter at @blogoftwohalves.