On Monday we spoke to @FIRST4LCFC about what they made of Leicester City’s business so far. They were quite forthright with their answers, especially regarding the situation with the manager.

This time around it’s the job of Rob Doolan to give us some answers about Stoke City’s work in the summer transfer window. Have a read of what he thinks of Mark Hughes, the likely departure of Steven Nzonzi and more.

What business have Stoke done so far this summer?

We’ve made centre back Philipp Wollscheid’s loan permanent, signed a back-up goalkeeper in Jacob Haugaard from the Danish Superliga, and for a second successive season have signed Hannover’s star striker, spending £5.75m on Joselu. The Spaniard becomes the fourth most expensive Stoke player in history.

Yes and no. I’m pleased with the Joselu signing as I think we needed a lone striker who can win the ball in the air, as well as bring others into the game with the ball at his feet. Peter Crouch is 34 now and a more mobile target man was required to give us options.

Haugaard is a bit of a wild card, and nobody outside Denmark seems to know that much about him. It’s not yet clear if he’ll be second-choice or third-choice – I guess the Begovic situation might dictate that.

The Wollscheid signing is a strange one. He’s had his moments but overall he’s looked as slow as a milk-float at Le Mans and has had some absolute catastrophes. Unless we were obliged to sign him permanently, it’s hard to see why we’ve gone ahead with the move.

What else do you think Stoke need to do before the start of the season?

There’s still a fair bit of strengthening to be done, but the contract situations of some of our current squad need to be addressed. Charlie Adam’s new deal is good news but sadly our hopes of holding on to Steven Nzonzi are fading by the day. Jon Walters is another with only a year left on his deal, with negotiations apparently having stalled.

Which positions do you feel Stoke need to strengthen?

Both attacking wide positions require attention – competition for Marko Arnautovic on the left and a new first-choice right winger. We’re aiming high, with names like Shaqiri and Konoplyanka bandied around, but neither seem keen. Nor does Victor Moses, who did very well on loan last season.

A right back is another priority, with neither Geoff Cameron nor Phil Bardsley convincing, while an heir to Glenn Whelan in the holding role wouldn’t go amiss. And that’s before even thinking about the ominous prospect of replacing Nzonzi.

Assuming he’s able to make a full recovery from his knee injury, it has to be Bojan. Stoke haven’t had a player like him for decades.

Very happy. He worked miracles last year in securing a second straight top 10 finish despite the worst injury crisis in living memory. As things stand it would take the kind of epic disaster you see in a Roland Emmerich film to see him under pressure. 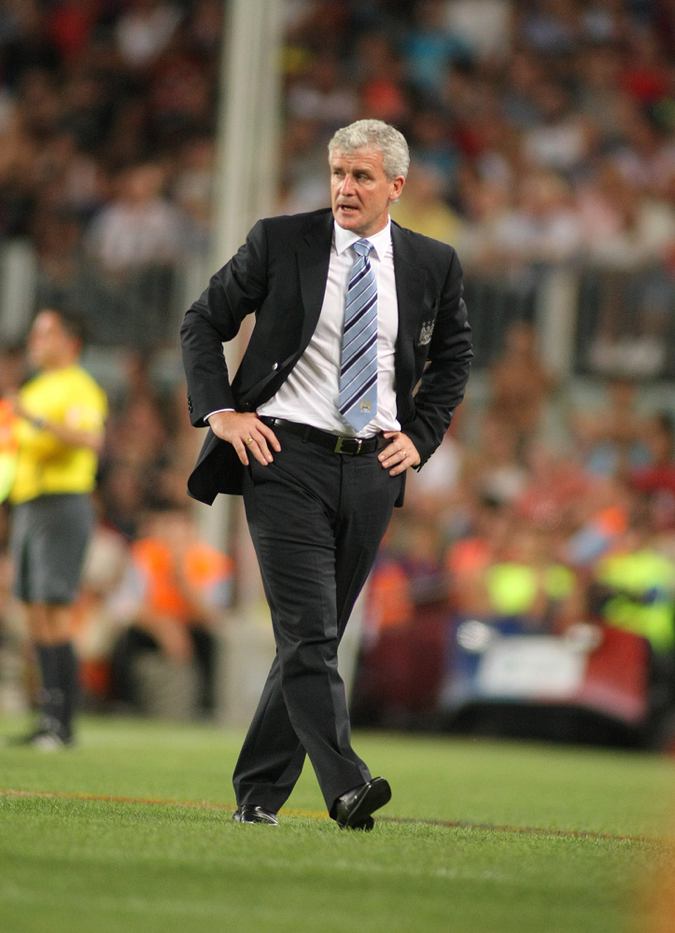 I think we’ll probably be somewhere between 8th and 10th again. Much depends on how the expected departures of Begovic and Nzonzi are dealt with.

Finally, realistic wish list. Which player would you love to see in a Stoke shirt next season?

Xherdan Shaqiri. How realistic that is remains to be seen…

It was great of Rob to give us his time and if you like what you’ve read then give him a follow on Twitter, his username is @ChiefDelilah.

As for us, we’re available on @blogoftwohalves and we’d love you to get involved with our work moving forwards. If you support one of the clubs that we haven’t covered yet then feel free to get in touch.