Last week we spoke to Twitter user @FIRST4LCFC about Leicester’s transfer window, and we had a chat with @ChiefDelilah about how Stoke have done so far this summer.

Today it’s the turn of Ste Armstrong to let us know what he thinks of the movements in and around Old Trafford in the build up to the start of the new season. Is he pleased? Disappointed? Or not bothered either way? Read on to find out.

What business have United done so far this summer?

Depay was bought with ease. No one else really challenged that, which surprises me given his form last season. He’s got the main attribute that Van Gaal wants in a player which is to be Dutch. He sounds a bit mental so his relationship with the manager could be interesting. Darmian has joined from Torino so someone has seen something in him. Sounds like United have been after that one for a while under the radar so that could be a very tidy piece of business. Even if he turns out to be rubbish, I’ll still buzz about the fact that the supposed ITK’s in the press who had Clyne to United as a ‘done deal’ have again been made to look ridiculous. Not one of them saw that signing coming or called it. 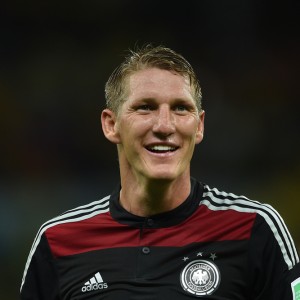 You can tell by the outrage and people rattling on about Schweinsteiger being past his best and in his 30’s just what a brilliant signing he is going to be. I’ve even heard the ‘panic buy’ accusation being talked about. Sounds like the panic is outside of Old Trafford where that one is concerned.

I just want the window shut. Ramos, Bale, Pogba, Everton’s defence, the whole of Southampton and anyone who has ever been Dutch and kicked a ball are definitely 100% going to join, as well as those already done, according to the papers. The hype and speculation surrounding United transfers bores me to tears and social media makes it worse. Football fans who spend the entire summer stressing and whinging online as a faceless keyboard warrior make the whole sorry affair even more annoying. I’m more interested in the actions of the chefs than the ingredients they buy. Football is about the manager. Always has been and always will be.

What else do you think United need to do before the start of the season?

Not have a knackering pre-season would be one thing. Another would be to get whatever targets they have signed and delivered quickly – then the club can get on with preparing for a season that has to show significant improvements. I’d also hope that by the start of things United have worked out what formation they are going to play and who the 1st choice eleven within that will be. They also need to get training and fitness regimes sorted because last season was like watching Holby City at times, and that can’t all be down to bad luck. Chuck in the transfer activity that shows people the door as well as opening it and you’ll see that the club have a lot more to do than building its ‘brand’ across the Atlantic.

Which positions do you feel Man United need to strengthen?

The De Gea saga still drags on but I expect we’ll need a ‘keeper. We haven’t got a world class centre half. Michael Carrick remains the best midfielder at the club which is a great reflection on him as a superb footballer but not on a supposed world elite club. That appears to have now been sorted. 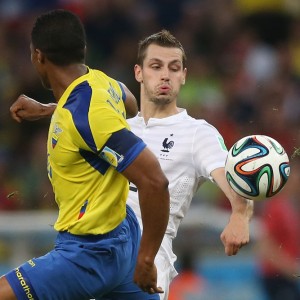 We are also short of two top class forwards. Rooney is one, but as proven in 1999, and in most seasons since, you need at least 3 and another who isn’t far off that. Spines of clubs win titles. Our spine hasn’t been good enough or strong enough to do any damage at the top level for years now. It was just about good enough to finish 4th in what I thought was the worst quality league since football was invented in 1992.

I should add that strengthen doesn’t mean buying. It can also mean coaching good to become brilliant, developing youth into men and relying on great management. I’m very much for the promotion of youth into the first team and given the choice of winning a title having spent 500 million or finishing 10th with a team full of academy developed lads then there’s only one winner for me. What United did with that 92 youth side which became a 96 double side and a 99 treble side will never happen again – and that is exceptionally sad.

Wayne Rooney. He’s likely to pass Denis Law this season in goals scored before Christmas. A 20 goal season will take him to the top ahead of Bobby Charlton. Just think about that as an achievement at a club like United. It is of colossal size. We allowed that type of player to fester in midfield last season and totally wasted one of the biggest contributors to the club in its history. If he gets pushed back up front he’ll be the captain and the main man next season. Di Maria strikes me as someone who doesn’t want to be here but also as someone who doesn’t want to be remembered for being rubbish since September so he may well step forward and have a pearler of a season before he does one next summer. What can’t happen is a third season where the best player at the club is in nets. If that happens then it’s highly likely it won’t end in success.

You can split this into two parts. Am I happy with his total disdain shown to the media, the fact that every player is scared shitless of him, his incredibly funny press conferences and that fact that he is absolutely in charge at the club? Then yes I am.

If it’s all about the on pitch stuff then I, and many, think he has a lot riding on this season and absolutely has to win something silver. He has a reputation for being a winner. He’s won two trophies since 2000 and one of those was a league that even Steve McClaren won. He’s far from in Ferguson, Mourhino, Guardiola and Ancelloti’s class in that sense.

Last season was dross in most parts with an Old Trafford derby and an Anfield away the highlights. The rest was dull, negative and not that far removed from what Moyes served up. We came 4th by being less shit than Liverpool. That was despite adding Di Maria, Rojo, Blind and the likes of. Not one of the club’s signings made it into the top 5 in terms of individual performances and that isn’t a great reflection on the leadership.

I think most accepted that his goal was achieved, but people will be on his back if United don’t get away well. He won’t get sacked unless the Champions League starts to get out of sight. I said in the summer United We Stand that United need the King at the helm and not the jester. I would suggest that the season ahead is one where he’ll need to be more than just amusing.

No idea really. I think we’ll stay up. Most optimists end up disappointed so I always tell myself someone else will win it. There’s a lot needing to go our way to win it but it is a realistic target for the club for the first time since Sir Alex Ferguson retired. City will invest, so they’ll be a force. Chelsea’s manager is worth ten points so they are bound to be favourites to retain it. I would expect United to be strong enough to go past Arsenal but then it remains to be seen what happens with regards to the other two. I can’t see anyone else but the top 4 from last season being the same again in whatever order.

Realistic wish list. Which player would you love to see in a United shirt next season?

As I can’t say Bryan Robson I’ll just say I’m not that bothered. I want Rooney to be up front and captain, and the manager leading the club forward. My main priority is getting back on our coach to aways, the same coach with the same lads we have been running since 1991 and get on with ballooning about and acting like a child. That is, after all, what going to the match in any season is all about.

Finally, bit of a cheeky question for you. United finish second next season and only one of City or Liverpool can finish top. Which one would you prefer to see there and why?

I’m pretty good at not really caring about stuff but that is like being asked which ball you want cutting off. Most United fans say they would rather City won it. The choice was discussed lots the season before last and the vast majority wanted City to win it. I didn’t want City to win it. There’s close members of family who support them and I have absolutely nothing to do with them. I get on with a handful of City fans. They’re sound lads. I’d have a pint with them and a laugh but I would never ever want a solitary good thing to happen to Manchester City. I’m from North Manchester and only ever knew us and them growing up. So for me and most of the people I have in my close circle I would want Liverpool to not win it less than I would want City to not win it. But I do understand that I am very much in the minority with that one.

We owe a massive debt of thanks to Ste Armstrong for taking the time to answer this questionnaire for us. If you like what Ste had to say then make sure you give him a follow on Twitter, @sarm0161.

If you like to read fan driven content about Manchester United then be sure to check out UWS. United We Stand was established in 1989 by Editor Andy Mitten and is still going strong in print. The website is: http://www.uwsonline.com/

As for us, we’re a general football blog without any specific allegiances. We hope to produce top quality content for all to enjoy. You can find us on Twitter: @blogoftwohalves